You’ll be surprised to discover that baby walkers are banned in Canada. And they are forbidden for a few reasons. They’re dangerous, they interfere with the development of motor skills, and they can cause injuries too. We’ll go into more detail on these three points specifically to help you understand why this law makes sense.

What is a baby walker?

A baby walker is a device that enables a toddler to move around. It comes with a fabric seat inside a plastic base with wheels at the bottom. It has four wheels and often comes with toys attached to it for the child to play with while she is walking.

You have to place the baby inside, and their legs go through the fabric seat’s leg holes as they stand and walk around independently. The device provides support for babies aged 4-15 months old who are not yet steady on their feet but still want to move around. It allows them to walk without being held by their parents or another adult.

Is baby walker illegal in Canada?

Yes, walkers with wheels are illegal in Canada. They are not allowed to advertise or sell them, and parents aren’t permitted to resell used ones. If they do so, they risk being fined up to $100,000 or spending six months in jail. In April 2004, the baby walker ban was made official after 15 years of retailers declining to sell them on a voluntary basis.

why are baby walkers illegal in canada?

Baby walkers were originally designed to help babies learn to stand and eventually walk. However, research has shown that they can actually delay a child’s motor development. They also pose a safety risk as the baby has no control over their movements while inside one of these devices.

As a result, the Canadian government banned baby walkers on April 7, 2004. under the Canada Consumer Product Safety Act, which prohibits individuals from manufacturing, importing into Canada, advertising, or selling a consumer product.

One of the officials from the Canadian government said, “In Canada, it is against the law to import, advertise for sale, or sell baby walkers. It’s also unlawful to sell them at garage sales, flea markets, or on street corners. If you have one, destroy it so that someone else won’t be able to reuse it in the future.”

The Canadian government banned it because they have valid reasons to do so. Babies are too small to use walkers safely. They often end up with head injuries and other injuries while using the device as babies tumbled down stairs with using one for instance!

Other dangers included soft tissue damages or burns from touching hot surfaces of coffee pots or sharp objects like knives, razors that they can reach with ease in a walker.

Every year, more than 9000 children are injured in the United States while using a baby walker, according to the study published in the journal Pediatrics.

Between 1990 and 2014, around 230,000 children under the age of 15 months were treated for injuries related to infant walkers, according to a study published Monday in the journal Pediatrics.

The most frequent cause of injury was falling down stairs (74.1%). More than 90% of incidents resulted in head and neck injuries.

Other causes of injuries reported were falls from the walker and proximity-related problems such as a child pulling or touching an object they could reach when in the device.

You may believe that allowing the toddler to use a walker under supervision is fine. But the research shows that even when an adult was watching over them, the baby was still injured. Because the baby walker enables them to travel at a faster rate of speed than they could on their own. As a result, an accident may occur before you can safely hold the baby.

Are baby walkers available in the United States?

Yes, baby walkers are still available in the United States, but the American Academy Of Pediatrics (AAP) has called for a ban on baby walkers with wheels. They are concerned that the baby walker has become a danger to children. They recommend parents throw away the walkers and let them play with stationary activity centers and other non-wheel devices.

Dr. Gary Smith, one of the authors of the study, said, “Infant walker frames should be wider than a standard 36-inch doorway or include a braking device if one or more wheels fall over the edge of a step.”In 2010, the US Consumer Product Safety Commission mandated that these standards become even more strict.”

Dr. Tiffany Fischman, a pediatrician in California, stresses the importance of public awareness to reduce the incidence of baby walker injuries. She thinks that potential buyers should be informed about the hazards associated with walkers.

“I think people think they’re adorable and enjoyable,” she said. “Anything you can do to get your kid busy while you’re doing things is fantastic theoretically,” said Fischman.

Dr. Fischman thinks devices that don’t provide children under the age of two with the same range of movement as a walker are safer alternatives.

Is it true that baby walkers help babies learn to walk?

Baby walkers have been a staple in the baby market for decades. In recent years, they have become more and more popular as parents want to give their babies all of the help that they can get. There are those who believe that these devices help children learn to walk by giving them mobility and independence, but research has shown this not to be true.

When your child is using a walker, they are not working on the skills like crawling, pulling themselves up to stand, cruising, reaching down, and getting up from the floor that will help them transition to walking, she explains.

But it is considered safe if you allow your toddlers to play with stationary activity centers without wheels or stand-up push toys for 20 minutes at a time under your supervision. It is also recommended that you follow the age limitations precisely to avoid accidents.

Our Amy Baby Review experts have reviewed some fantastic jumping walkers for babies. These bouncer walkers do not include wheels and are used as a stationary activity center, allowing the infant to jump, which helps develop leg muscles. You can follow the link for further details.

We also have a guide on baby walker vs bouncer. We’ve distinguished the baby walker, bouncer, and bouncer walker in this article. You may read it to learn more about it.

Thanks for reading the complete guide. We hope now you realize why baby walkers are banned in Canada. They’re not only dangerous, but they also inhibit the development of motor skills and contribute to muscle weakness or atrophy.

Did you know that there’s a good chance your child will be delayed when it comes time for them to start walking? If this is something you want to avoid, make sure you don’t let them use a baby walker!

Canadian parents are encouraged to use stationary activity centers without wheels or stand up push toys, supportive strollers, or baby carriers instead. If you’ve found this guide informative and helpful, please share it with your friends.

I am a mother of three beautiful children. Parenting is not just about taking care of your babies; there are many other things to consider when you have little ones that need you. That’s why I’ve decided to share my experience in this blog by providing helpful parenting tips, taking care of your kids, helping parents find it easier to make informed decisions on baby products that are worth their time and money! Learn More 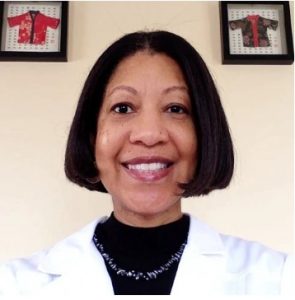 Hi, I’m Dr. Leah Alexander, M.D. FAAP, a board-certified Pediatrician in New Jersey. I’ve been in private practice for over 20 years and have cared for children of all ages. I am also a freelance writer and editor outside of my pediatric work. I am working as a fact checker here in Amy Baby Review. As a fact checker, I read through the articles on the site and verify that the information is accurate. I also look for any errors or typos. In addition, I make sure that the articles are well-written and easy to understand. I have a passion for helping parents to care for their children, and I believe that accurate information is a vital part of that. I am also committed to providing the best possible content for parents and caregivers. ! Learn More