Can My Baby Choke on His Spit Up While Sleeping?

The answer is yes, but it’s not as common as many people think. Spit up is the food that your baby cannot digest and throws back up. It sounds gross, but it happens to all of us (even adults).

If you put the infant to sleep on his back, he is less likely to choke on his regurgitation than if he is asleep on his stomach or side. In fact, resting a newborn on the back provides respiratory security. But there is a myth that people think their baby can choke on his spit-up if he sleeps on his back, which is actually not true.

However, you have to know the difference between spit up and vomit if you are a new parent. We have a comprehensive explanation of the subject. You may discover more information by going to the link.

1. Back or Supine Position:

When a child sleeps on the back, their upper respiratory airways are positioned above the oesophagus (the food pipe or the tube that carries food from the mouth to the stomach). Babies swallow to protect their airways. Regurgitated milk from the oesophagus is at the bottom of the digestive system and can be taken easily. The fluid cannot fight gravity and be pushed into the respiratory tract while the baby is sleeping on the back.

As a result, choking is less likely when the infant is resting on their back. This is why a supine position or letting the baby sleep on the back is the best sleeping position, and every pediatrician suggests putting the infants on their back when they are sleeping. Research shows that it also reduces the rate of SIDS.

But you may have heard that sleeping on the back may cause a baby’s head to become flat, which is true actually. For that, you can turn the infant’s head to the side when you put him to sleep. Sometimes, you may turn his head to the right, and other times to the left. Even you may change his position in the crib so that the head is at the foot of the crib sometimes. It will help not become the back of your baby’s head being flat.

On the other hand, when the little one is awake and not full, you may let the baby do some tummy time under your watch. It will not only prevent the baby’s head from becoming flat, but it will also strengthen his neck, chest, and shoulders muscles.

Tummy time is very important for babies. You should offer him tummy time on a daily basis, but you must be careful about it. Though the infant cannot tolerate being placed on his belly for a few seconds without crying at first, he will get used to it over time.

When a newborn sleeps on their tummy, the oesophagus is positioned above the baby’s upper airways, which is very risky, and we should not allow them to sleep in this position. Though you will find that babies sleep more soundly on their tummies and swallow less frequently than they do on their backs, pediatricians don’t recommend this posture in terms of sleeping for an infant.

It’s because if a baby regurgitates or vomits milk or liquid, it will pool at the opening of the airways and is more likely to be breathed into the infant’s airway and lungs.

In addition, when a newborn sleeps on his belly, he does not get a good supply of fresh air with enough oxygen. There is a possibility that the little one will breathe in the same air he just breathed out when sleeping on his belly.

But the brain needs a good supply of oxygen every time, and re-breathing old air does not provide sufficient amounts of oxygen.

If the brain does not receive enough oxygen, it will make the baby more sleepy. So, he may appear to sleep better on her stomach. However, even though he seems to be sleeping soundly, he is in actual danger.

Even if a baby rests on the side, they are still at risk of inhaling fluid into their airway and lungs. But allowing the baby to sleep on its sides for a short time, like 20-30 minutes, is considered safe.

So, choking is less probable when a baby sleeps on the back. In fact, when newborns are lying on their backs, they swallow and clear fluids better than any other sleeping position.

How can we prevent choking on a baby’s spit up while sleeping?

To prevent choking on a baby’s spit up while sleeping, we need to follow the following safety precautions:

Close supervision is very much needed when an infant is sleeping so that you can respond immediately if you hear and see the newborn is choking or grasping. There is another research by AAP in 2000 that the risk of death for babies who sleep on their tummies is 12.9 times compared to infants who sleep on their backs.

The ideal sleeping temperature for babies is between 68 and 72 degrees Fahrenheit. So you have to ensure that the temperature does not rise or fall beyond the recommended levels. If you’re worried about an infant getting cold, consider using a footed sleeper or a wearable blanket. This clothing will not suffocate a baby because they do not cover their face.

3. Ensure your baby crib is safe:

The baby crib you use for your little one should be safe. The baby crib approved by the U.S Consumer Product Safety Commission, ASTM International, or Juvenile Products Manufacturers Association is considered safe for the baby to use.

4. Do not elevate the head of a baby’s crib:

If your baby spits up frequently known as reflux, you may think that elevating the crib’s head would help, and the baby will not choke if he spits up. But pediatrician suggests not to do that. If the crib’s head is raised, the infant may slide to the foot of the crib and no longer be in a secure sleep position.

According to reports, infants turning over while sleeping in these inclined sleepers increased the risk of suffocation and strangulation.

Infants should not be placed in inclined products like the Rock’ n Play, which need to be restrained. The AAP advises against allowing infants to sleep in elevated devices such as the Rock’ n Play. Infants are advised to sleep on their back on a separate, flat, and hard surface without any bumpers, bedding, or stuffed toys.

5. Not allowing baby to sleep in carriers and swings:

You should not allow your baby to sleep in the baby carrier, swing or car seat. It’s because they are not the safe sleeping surface for the little ones. They might be overturned when the baby is inside, or hanging toys could interfere with the child’s breathing.

Most importantly, most of these baby gears have an upright sleeping surface that can suffocate a newborn. This might increase the risk of SIDS. So, whenever the baby falls asleep in these kinds of baby gears, you should immediately move them to the crib or a flat sleeping surface.

Why should you be concerned with your child’s safety when they’re asleep?

When an infant under one year of age is sleeping, there is a greater danger of SIDS. But it’s possible that creating a safe sleep environment would reduce the risk of sudden infant death syndrome (SIDS). The incidence of SIDS is reduced when the baby is sleeping on his back.

The Canadian Pediatric Society instructs parents to put their babies to sleep on their backs in cribs that meet Canadian federal safety requirements. Because adult beds are not safe for infants, babies should not be placed in their parents’ beds.

Bed-sharing has been shown to put newborns at greater risk of entrapment and suffocation in numerous large-scale studies. If you want your baby to be close to you, try co-sleeping by placing a crib in your room near your bed.

There are a few simple things you can do to lower the risk of SIDS:

2)     Breastfeeding provides your baby with immunological factors, such as antibodies, which help protect him.

3)     Do not use fluffy toys, as they can suffocate your little one or overheat him.

5)     Keep your baby’s head uncovered while they sleep; 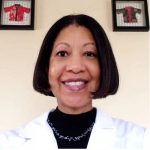