Some parents might be wondering what the difference is between spit-up and vomit. Spit up is a baby’s stomach contents flowing easily through their mouth, perhaps with a burp. Vomiting occurs with a forceful flow that shoots out inches rather than trickling from the mouth. Here, we’ll go through what causes a newborn to spit up and vomit, as well as how to prevent it and when it might be a sign of a severe issue.

What is spitting up in infants?

The stomach contents flow back into the esophagus (the food pipe or tube that transports food from the mouth to the stomach) is known as spitting up. It is very common in healthy infants. People also call it acid reflux or gastroesophageal reflux, which occurs throughout the first six months of a baby’s life.

Normally, a muscle known as the lower esophageal sphincter keeps food in the stomach where it belongs. Spitting up can happen to babies until this muscle matures, especially when they are full.

It doesn’t usually require any treatment. When your baby is between the ages of 12 and 14 months, their digestive system matures, allowing the problem to go away on its own.

We also have a guide on can babies choke on vomit while sleeping? You may also read it for further information.

What causes an infant to spit up?

The little tummy can accommodate a sheer amount of milk until the baby is around four months old. Excess milk during feedings can cause your infant to spit up or be fussy.

Another reason for spitting up is gastroesophageal reflux or acid reflux. This means that when your baby’s lower esophageal sphincter isn’t fully closed due to less developed muscles in the upper esophagus, it allows fluids from their stomach to flow back into their esophagus when they are fed.

Spit-up should be regarded as a regular part of your baby’s development, as long as they are in good health and growing weight.

How much does a baby spit up?

When it’s on your shirt, it may appear to be a lot, but the quantity of liquid your baby spits up isn’t as much as you believe. It’s generally only 1 or 2 tablespoons at a time. If your kid spits up more than this—or if his spitting up is caused by respiratory problems like choking, coughing, or wheezing, you should ask your pediatrician.

What are some ways to prevent spit-up?

What is vomiting in infants?

Vomiting is the forceful ejection of stomach contents through the mouth. Vomiting happens when the abdominal muscles and diaphragm tighten strongly while the stomach is relaxed. Typically, vomiting happens after feeding, but it can also occur during or between feedings in some babies.

There are two types of vomiting, including:

What causes vomiting In Babies?

Infant vomiting can also be a symptom of milk protein allergy, lactose intolerance, obesity, food poisoning from outside the home, cytomegalovirus infection, croup or other lower airway infections, or severe intestinal problems such as necrotizing enter-colitis or intussusception.

Vomiting occurs in about 50% of infants by the time they are three months old. It is more common with boys than girls, and vomiting is rare after six months of age.

Additionally, vomiting becomes less frequent as children become older—in one study, it was reported that nearly 80% of 18-month-olds still spit up some milk when vomiting, but only 5% did so once per week or more often.

If vomiting occurs after feeding, you should consult your doctor immediately because it can lead to dehydration which can cause serious health problems or death. On the other hand, if spitting up repeatedly happens after feeding and it bothers you, talk with your pediatrician about what might be causing the problem and how they treat your condition.

Here are two different things that can happen to infants:

Vomiting involves throwing up mucus or food from one’s stomach out of the body via the mouth due to a vomiting reflex fit caused by irritation in the vomiting center of one’s brain. On the other hand, spitting up is an overflow of milk through the baby’s mouth.

Is spitting-up a symptom of an underlying condition?

If your baby’s spitting up a lot or recently, look for the following symptoms. If you notice any of these indicators, it’s important to contact your child’s doctor right away:

Feeding techniques might be helpful in some situations. In other cases, a doctor may prescribe medication to treat reflux. 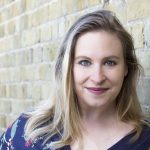 Jenny Lord, MSN, RN is a certified nurse and mother of three children William (11), Phoebe (10) and Daniel (6). She has worked in the healthcare industry for over 9 years. She has done her undergraduate degree from Canterbury Christ Church University and worked as a Nurse at Maidstone & Tunbridge Wells NHS Trust. Jenny is also a former Midwife, so she understands that experience can be very different in the hospital environment than what you may have heard or read about childbirth. Read more